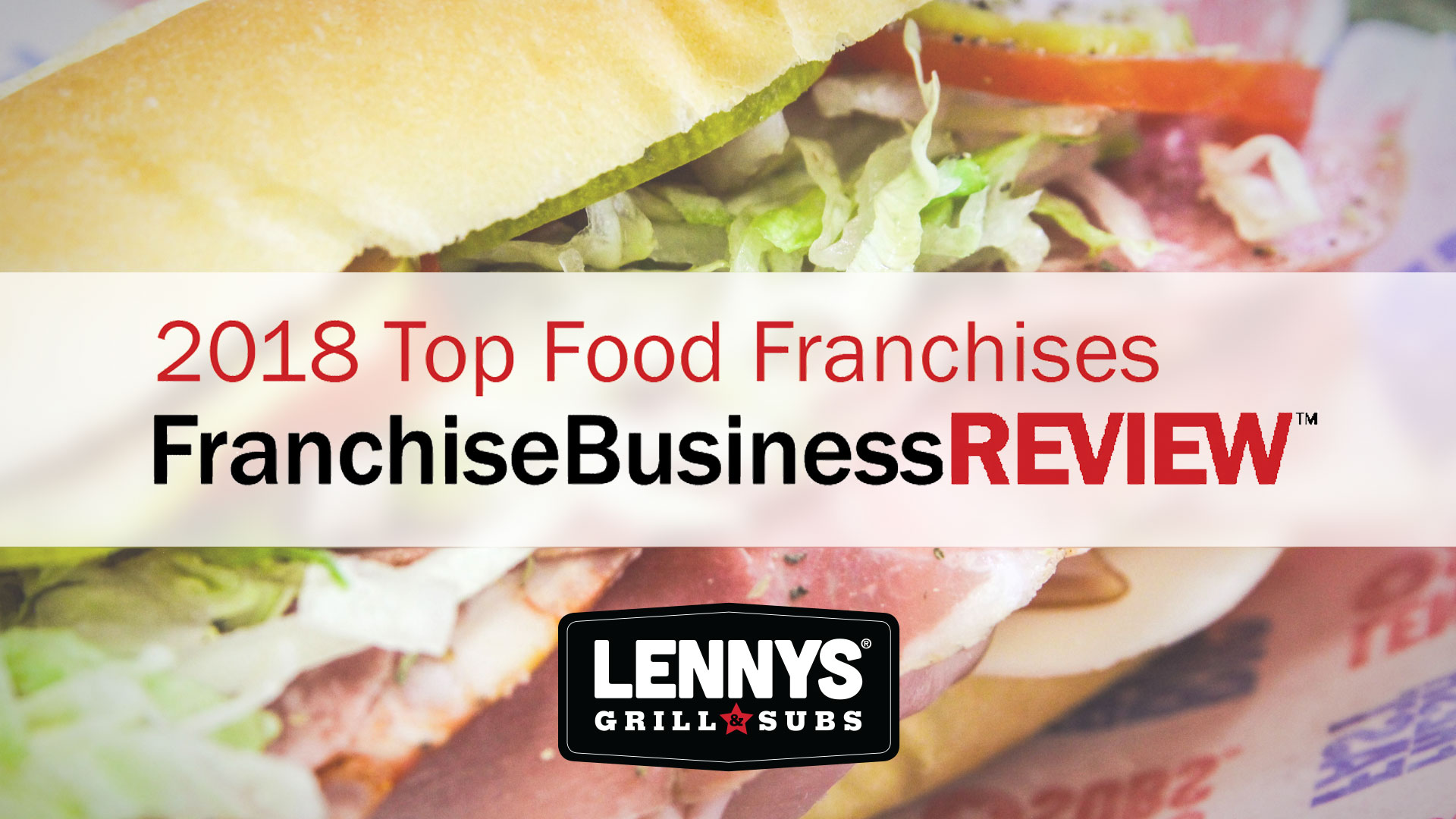 When entrepreneurs are investigating franchises to find a good fit, they look hard at the business fundamentals, such as profitability and longevity. Thanks to solid numbers in those categories, and in many more, Lennys Grill & Subs sandwich franchise has made Franchise Business Review’s Top 30 Food and Beverage Franchises for 2018 list for the 2nd year in a row.

“We are pleased and honored to be included on this well-researched, comprehensive list,” says Jennifer Benjamin, Vice President of Franchise & Market Development. “FBR is one of the most trusted names in the franchising world, from a franchisor perspective as well as that of potential owners, because of the care and detail they put into listings such as this one. Being included is very much a badge of honor for Lennys.”

One reason the FBR lists are so meaningful is that the information they contain is collected from franchise owners themselves, including those with a Lennys Grill & Subs sandwich franchise, and that the lists are based only on franchise owner satisfaction.

Every survey participant was asked 33 benchmark questions about the franchisor that focused on leadership, training and core values — as well a series of more personal questions regarding their business lifestyle and the overall enjoyment of running their franchise. Lennys Grill & Subs had a combined Franchisee Satisfaction Index of 77.2. This is higher than the industry-wide benchmark of 76.9. In fact, Lennys ranked higher in 4 out of the 5 major categories when compared to the rest of the industry!

All food franchise models are covered

FBR breaks down food franchising into four areas for its list: Quick Service, Fast/Casual, Full Service and Retail. It also looks at capitalization requirements and other front-end data, so anyone reviewing this or any of its other lists comes away very well-informed.

“A major plus for being included, as Lennys was, is that someone doing their homework gets a lot of information from this one source,” Benjamin says. “Often when we hear from a potential franchise owner, he or she has begun their own due diligence with FBR, liked what they read and then turned to us for more information.”